life on board excursions on land accomodations food & catering history 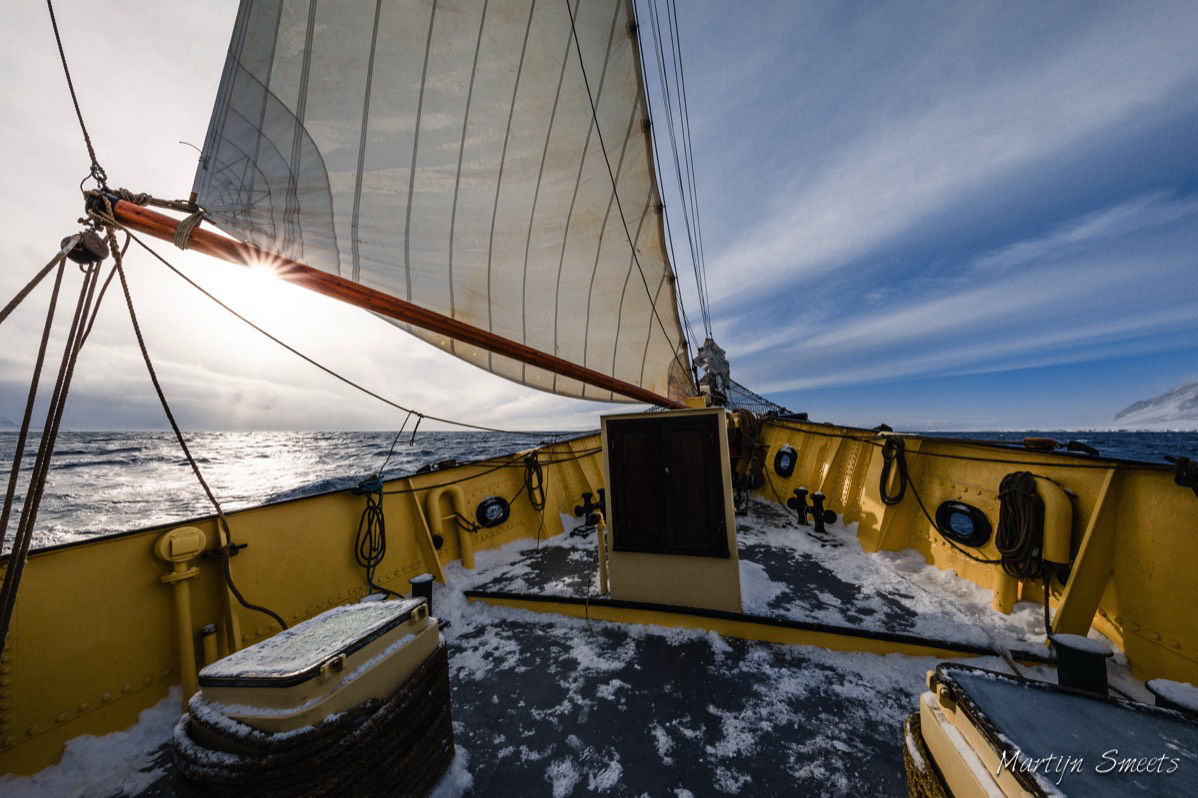 Ship Noorderlicht has been sailing since 1910. During her long life she underwent several transitions and today she sails the beautiful seas of Norway as a two mast schooner. The tall ship Noorderlicht is fitted with all modern technology and safety-equipment. She welcomes 20 guests on board to explore Svalbard, northern en southern Norway. Join the sailboat Noorderlicht and explore the beauty of Norway by sail during one of her many cruises. 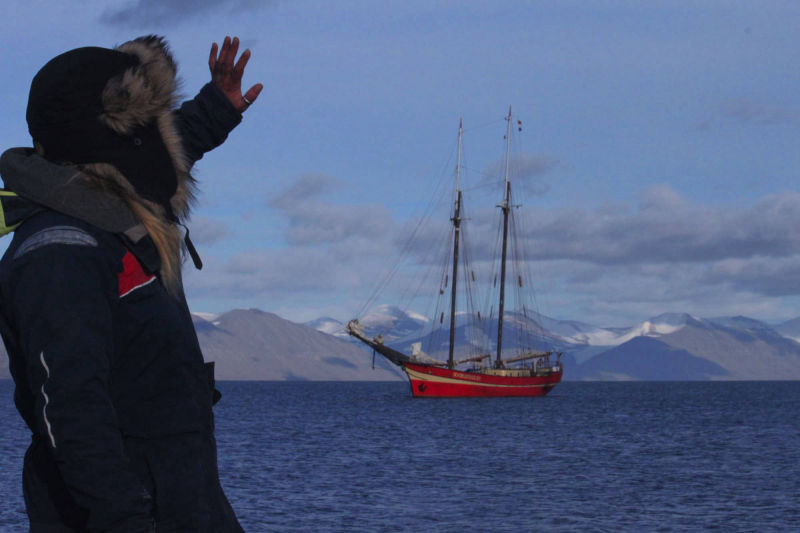 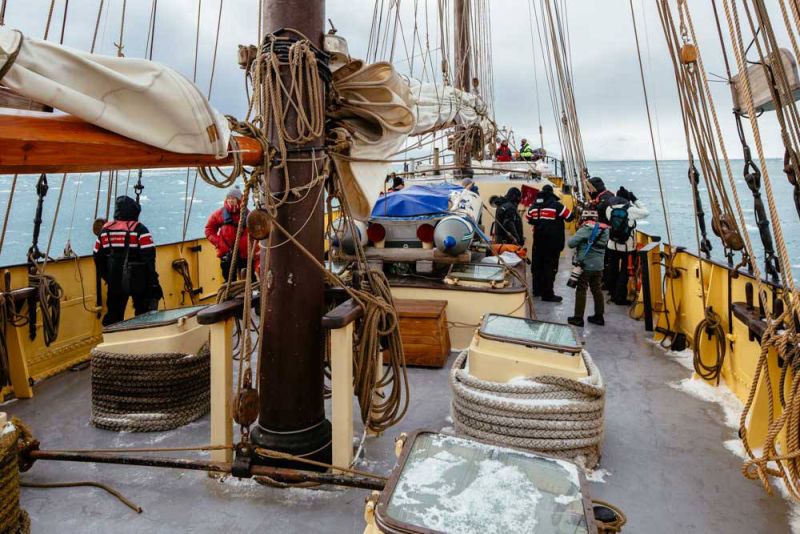 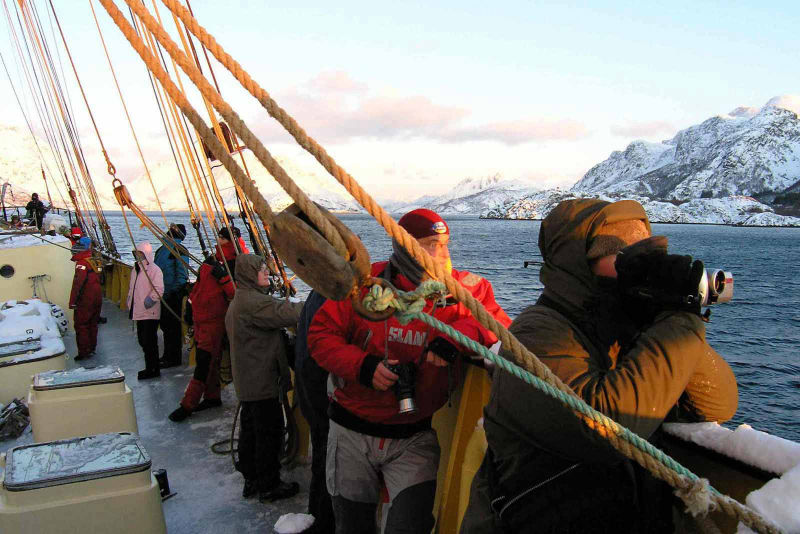 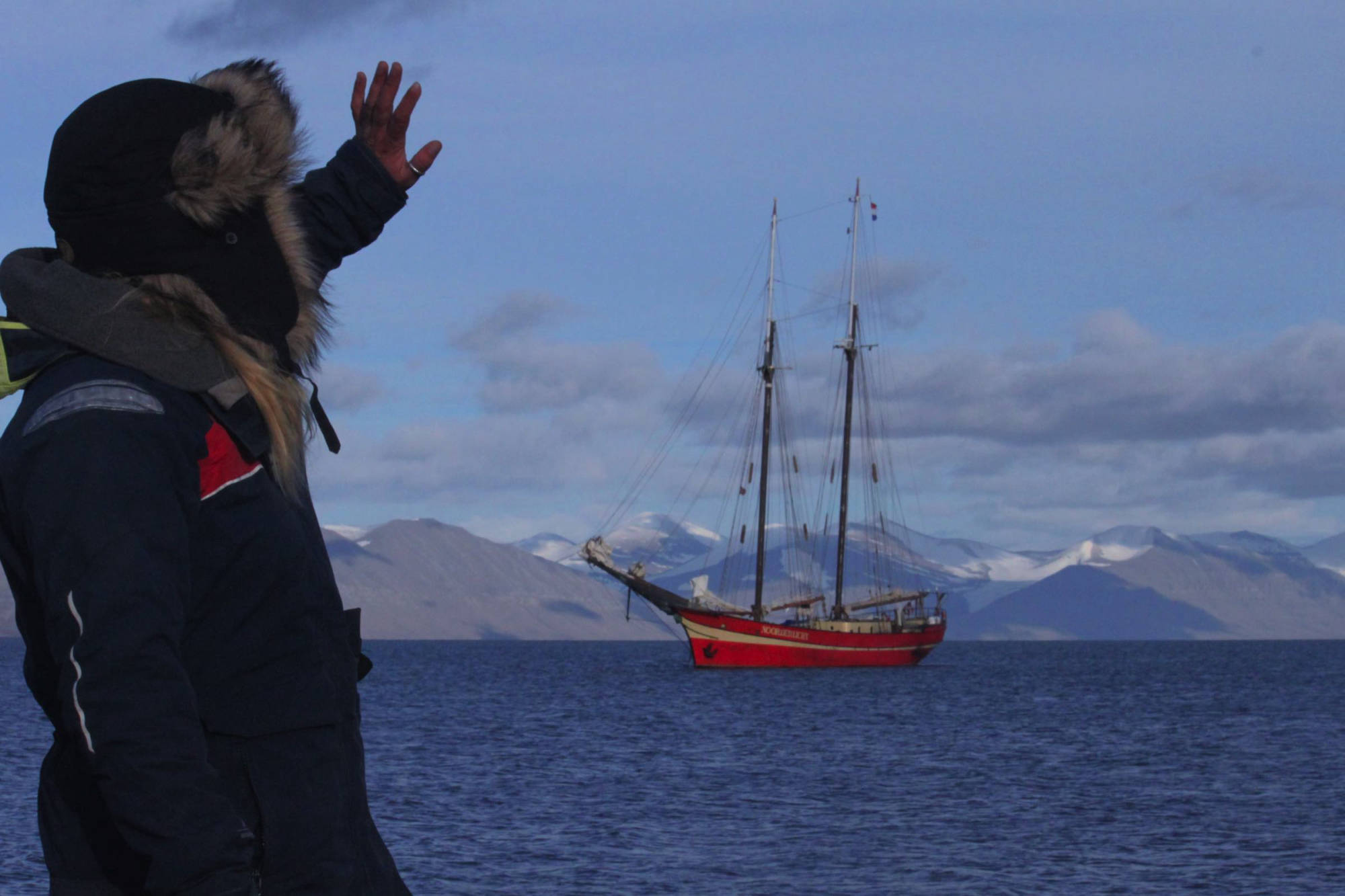 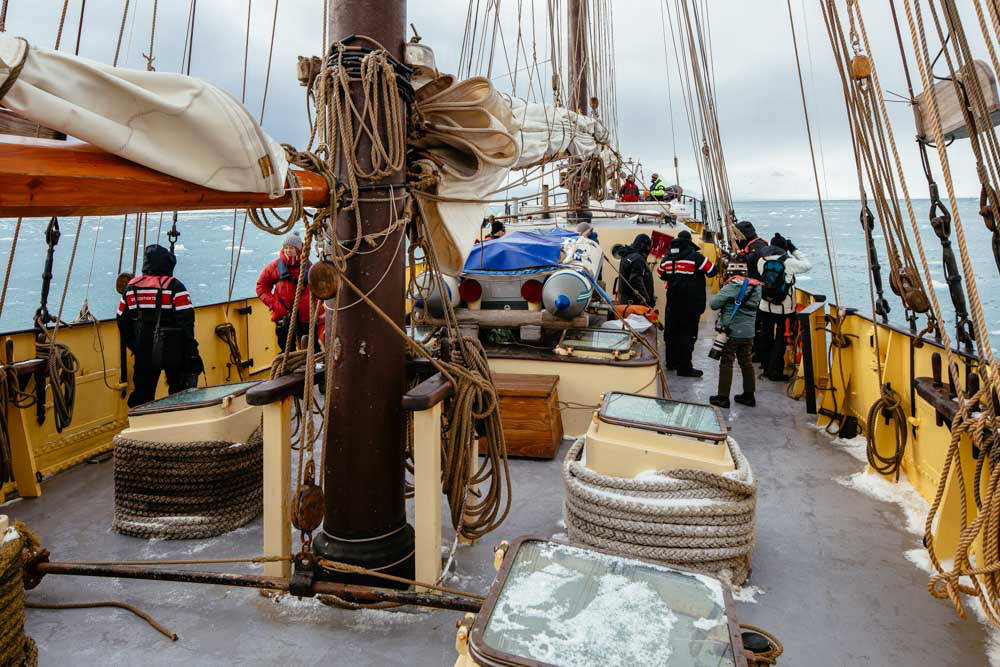 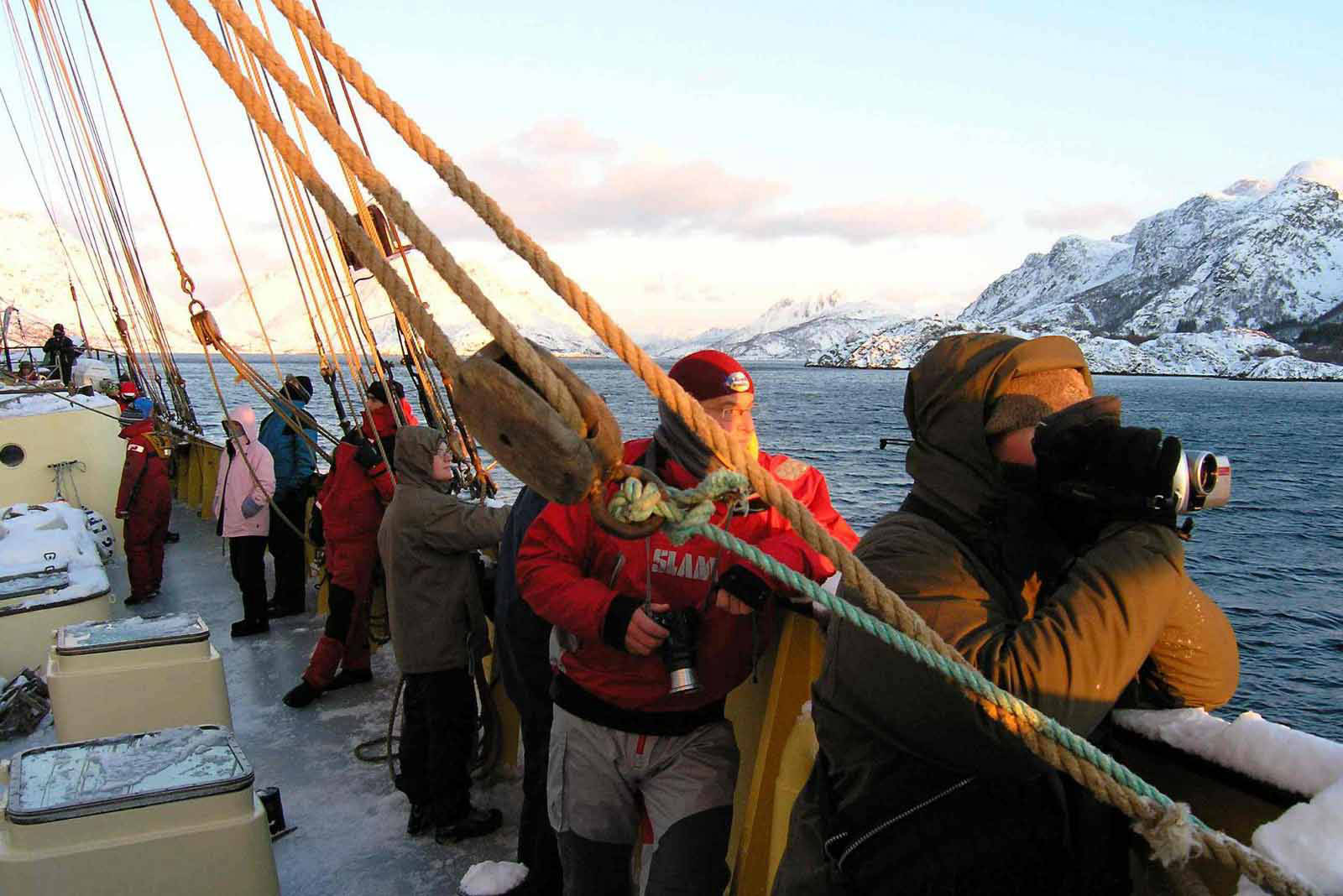 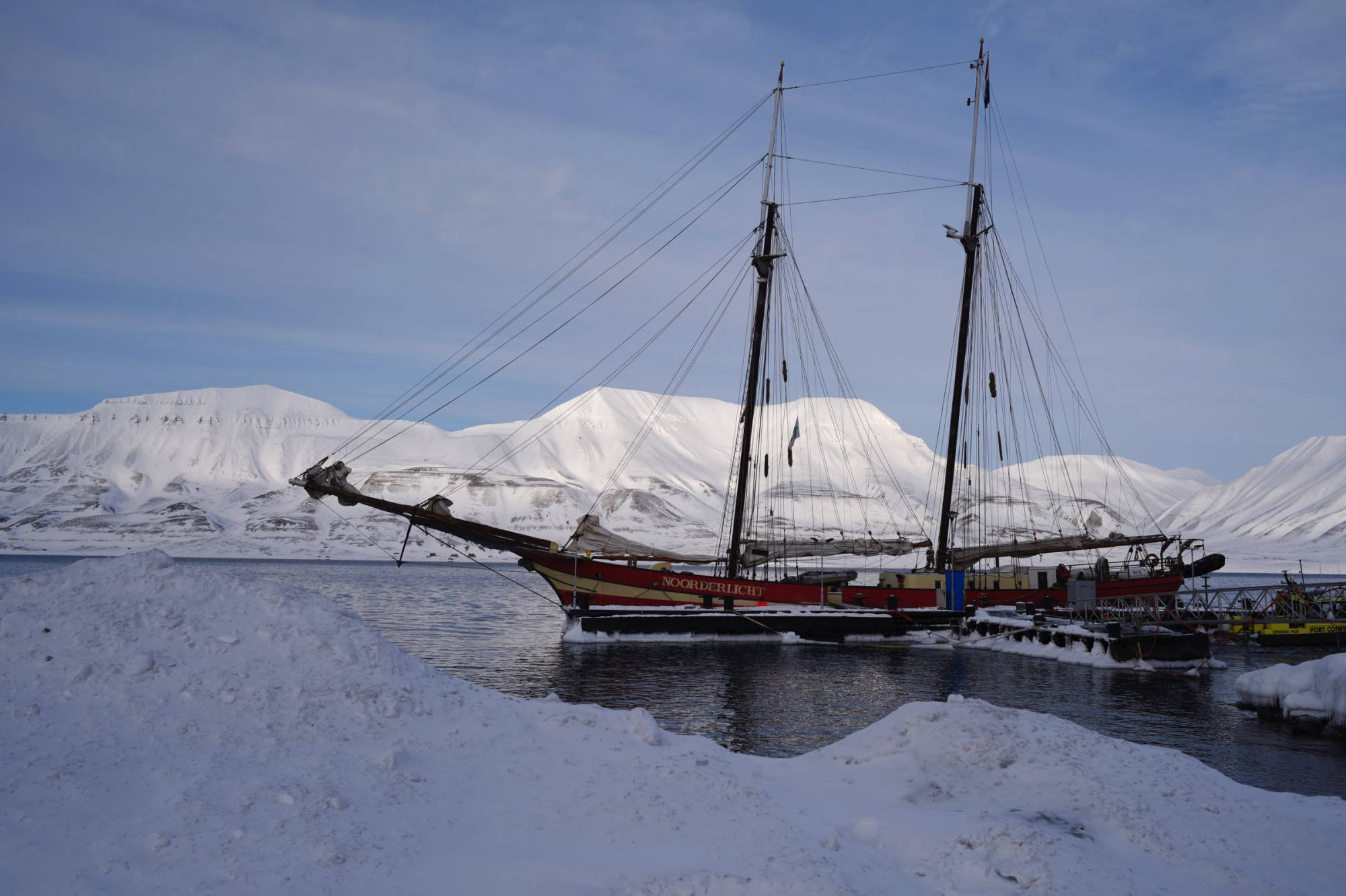 On the ship there is a rubber craft (zodiac) present so there can be excursions organized ashore under supervision of an experienced guide on times when the ship doesn’t have a mooring on a quay. Every day there are hikes planned (but weather and ice permitting), during which there will be payed attention to the wildlife, geography, flora and fauna and the history of the area. It can also be possible that there will be documentaries shown or lectures given aboard to expand your knowledge about the area in which you are travelling. On a daily basis you will be informed by the guide about the progress of the trip, the weather conditions and you will have the possibility to ask questions. 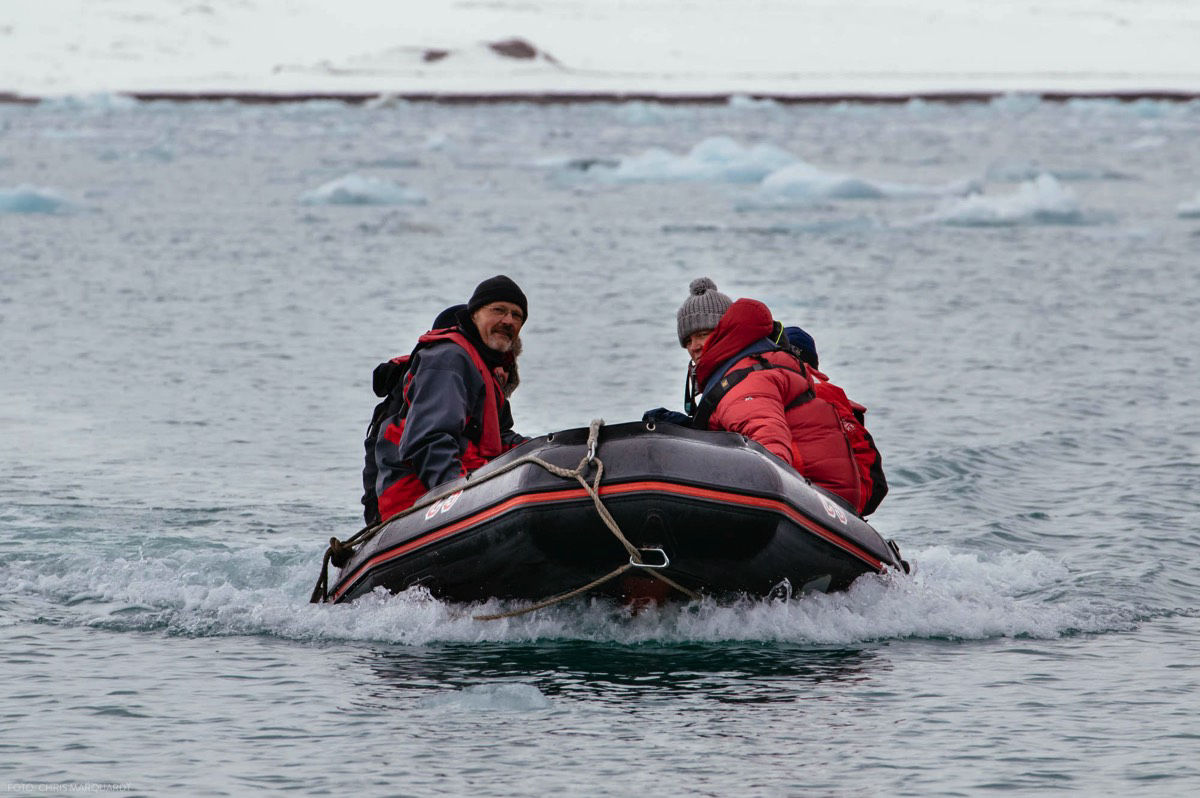 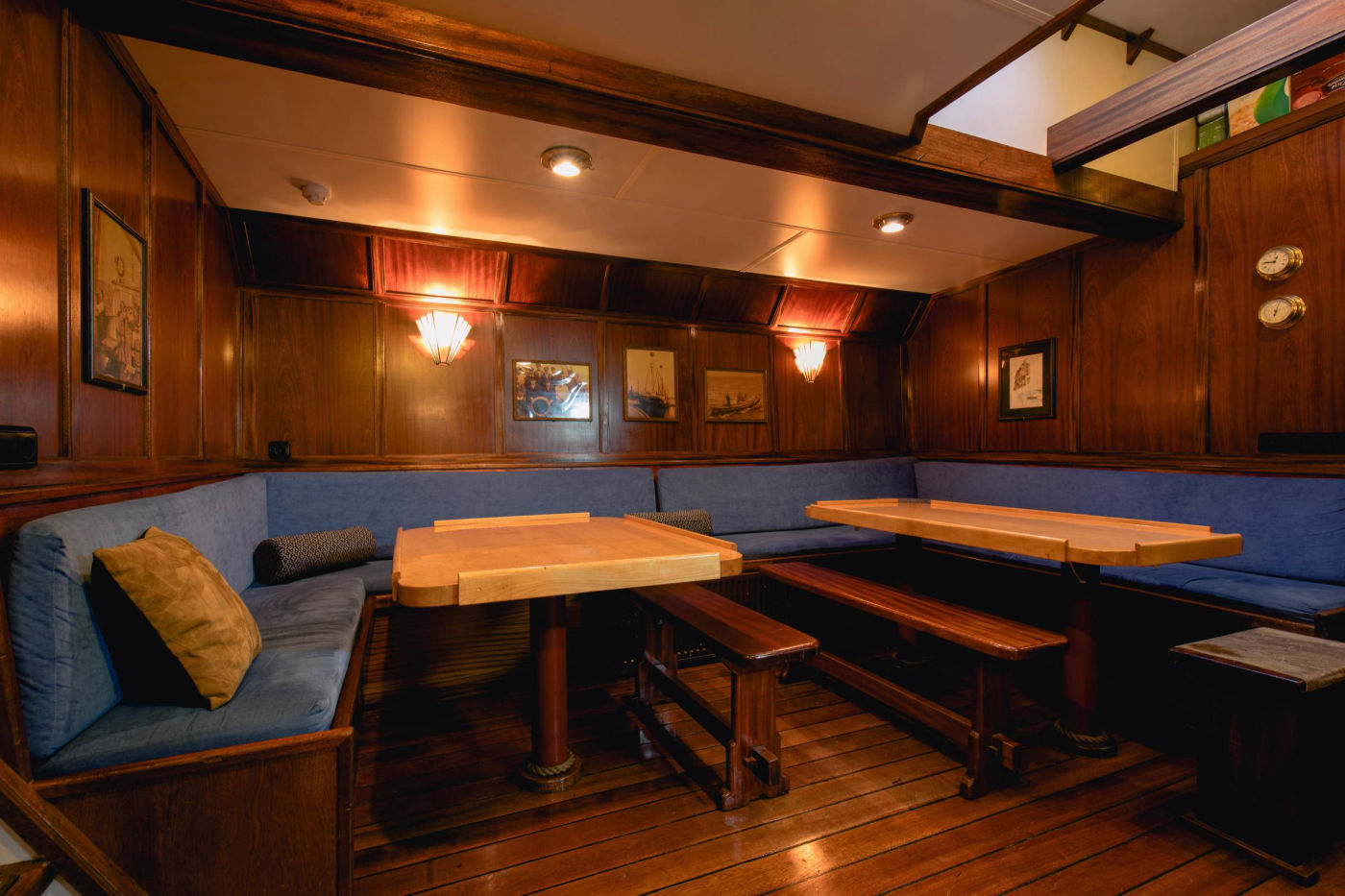 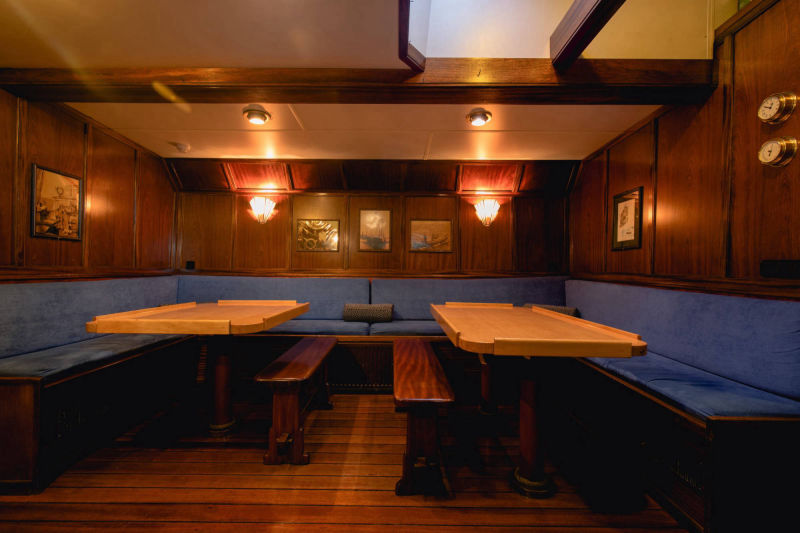 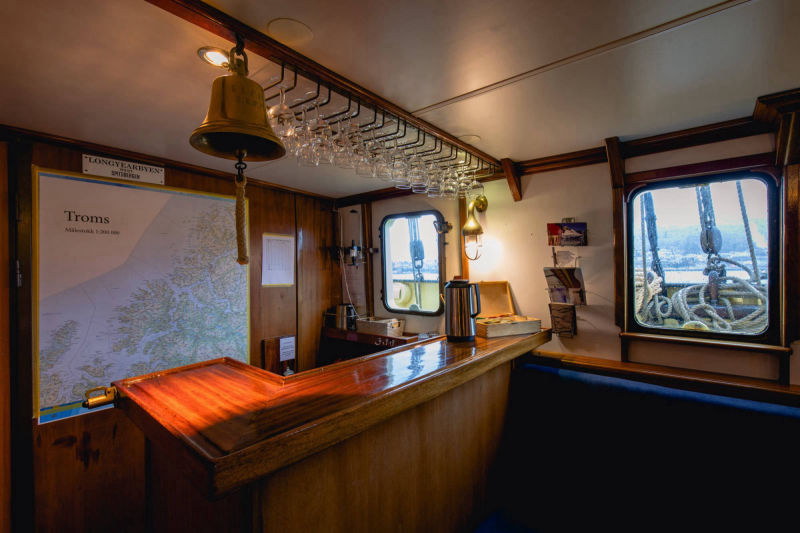 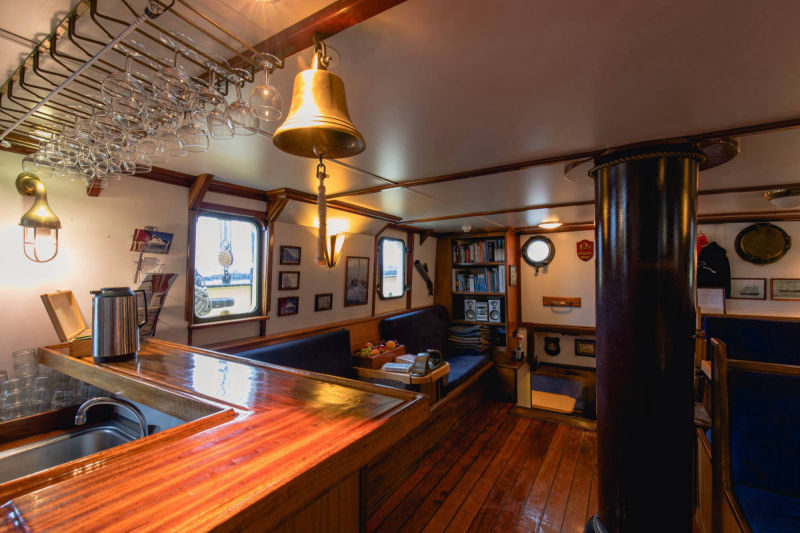 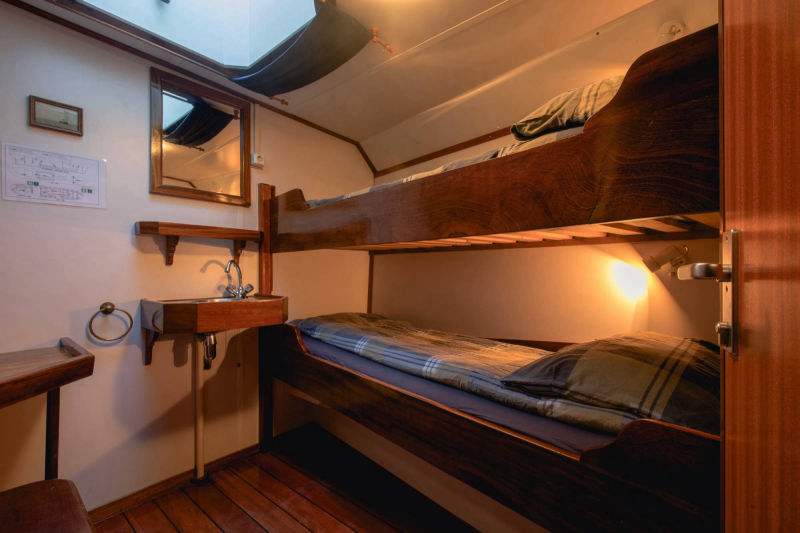 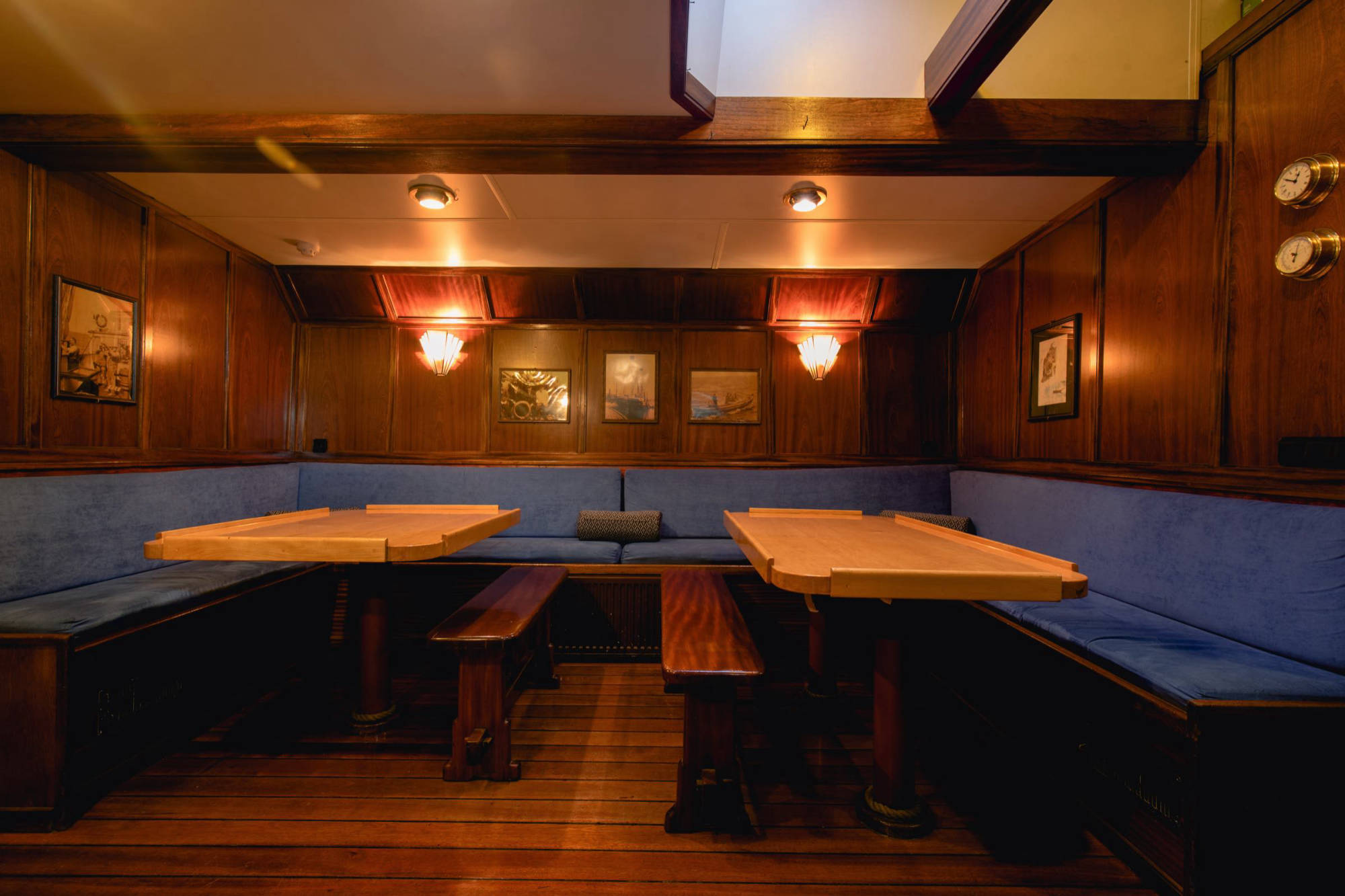 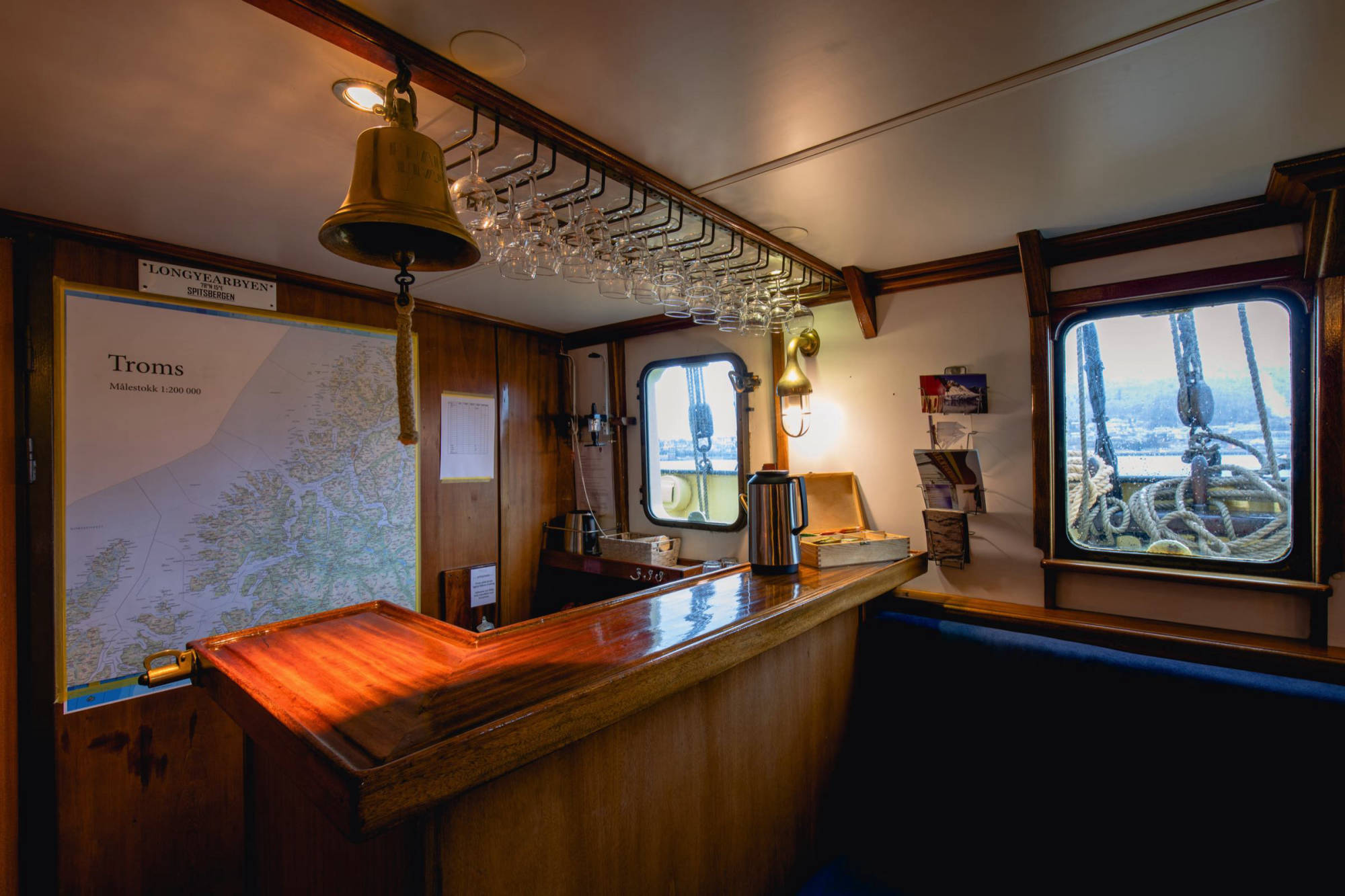 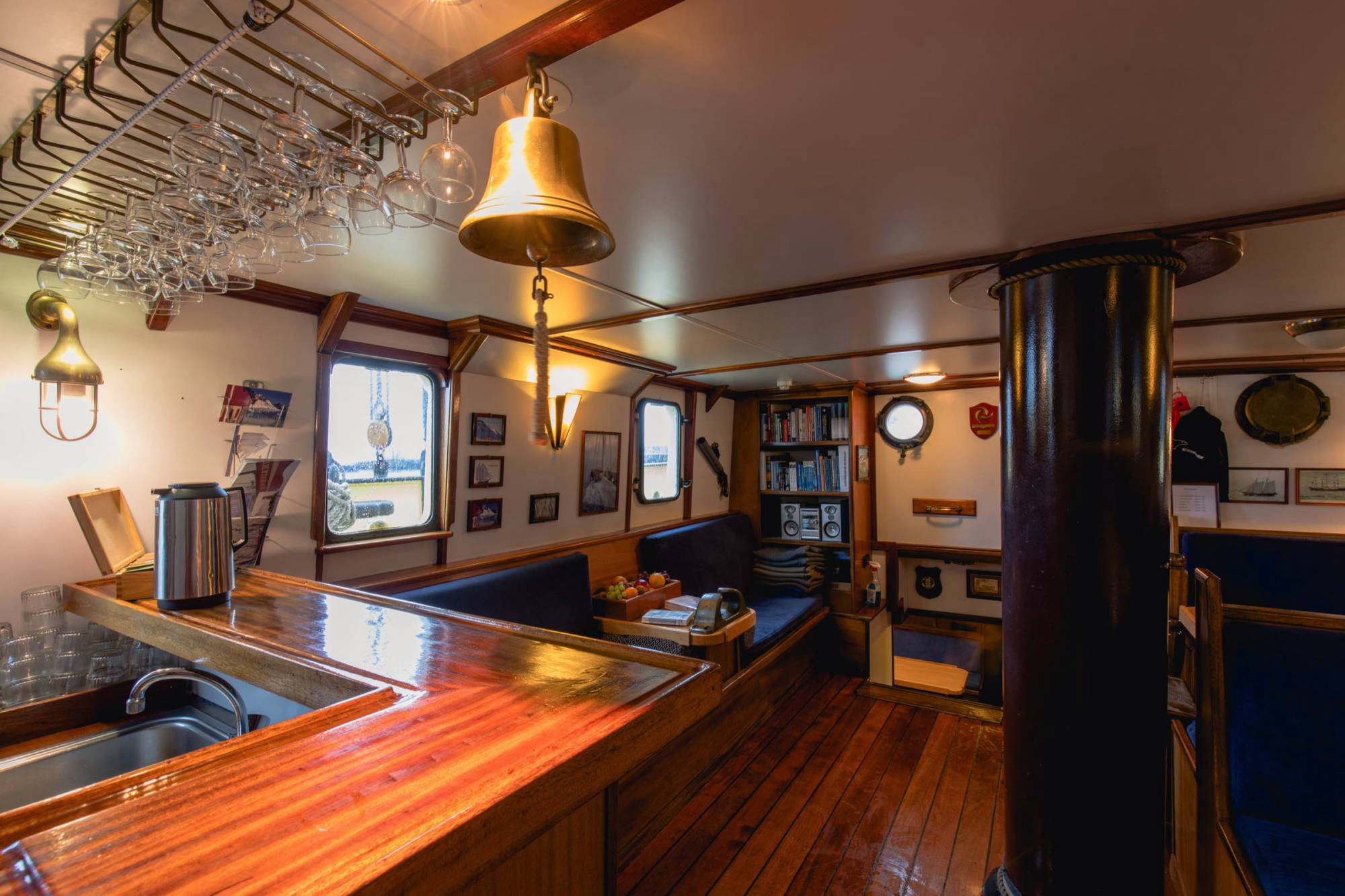 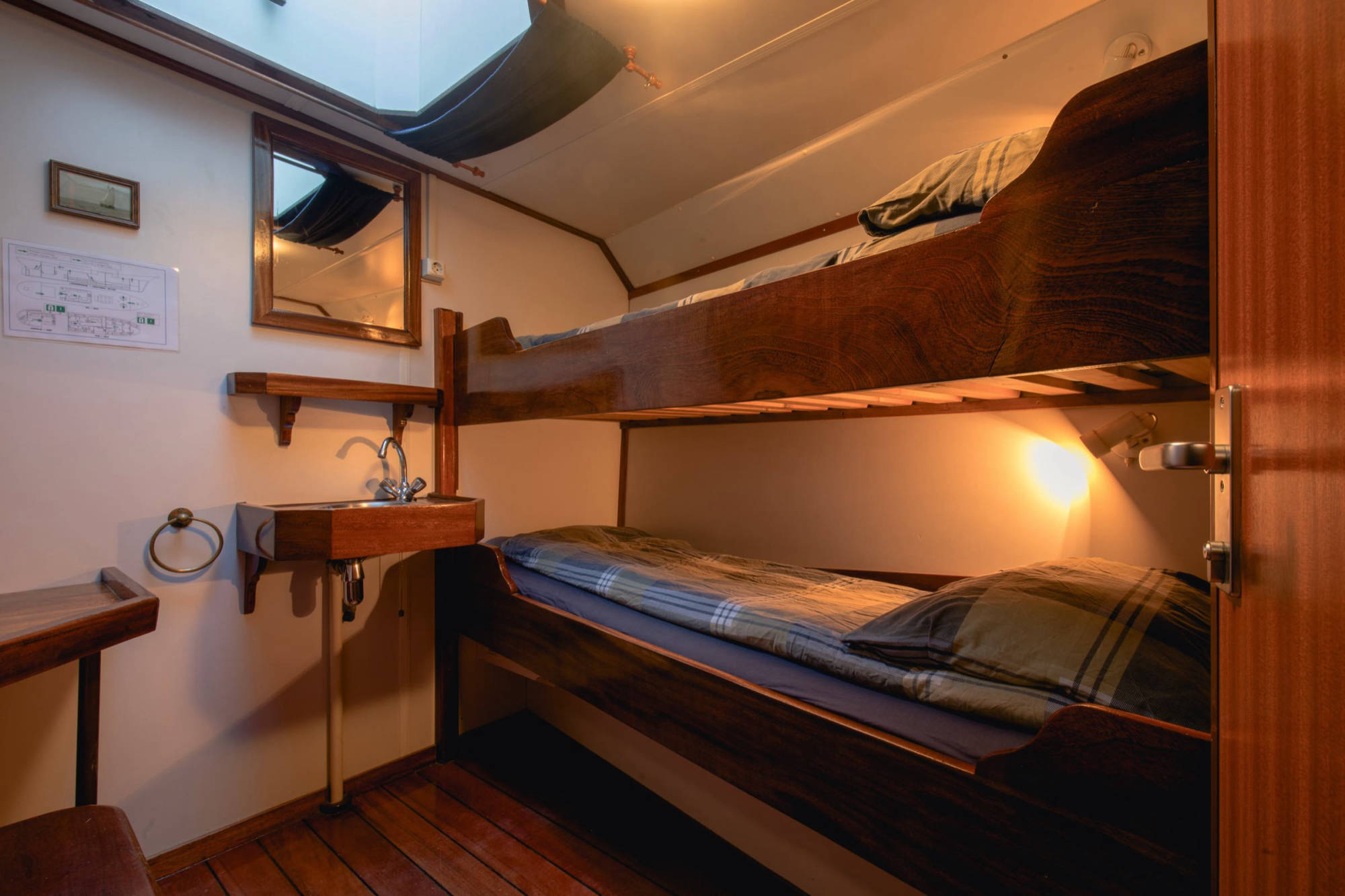 If we have learned something from our years of experience on sailing ships, it is the importance of good and nutritious food on a ship! Although the Arctic area gives rise to limitations on the possibilities and supplies of the food on board, our professional cook will prepare you excellent meals from the international kitchen 3 times a day.

If you have any dietary wishes, please pass this on to your bookings agency as soon as possible. Our cook will then always try to take your diet into account as much as he/she can. 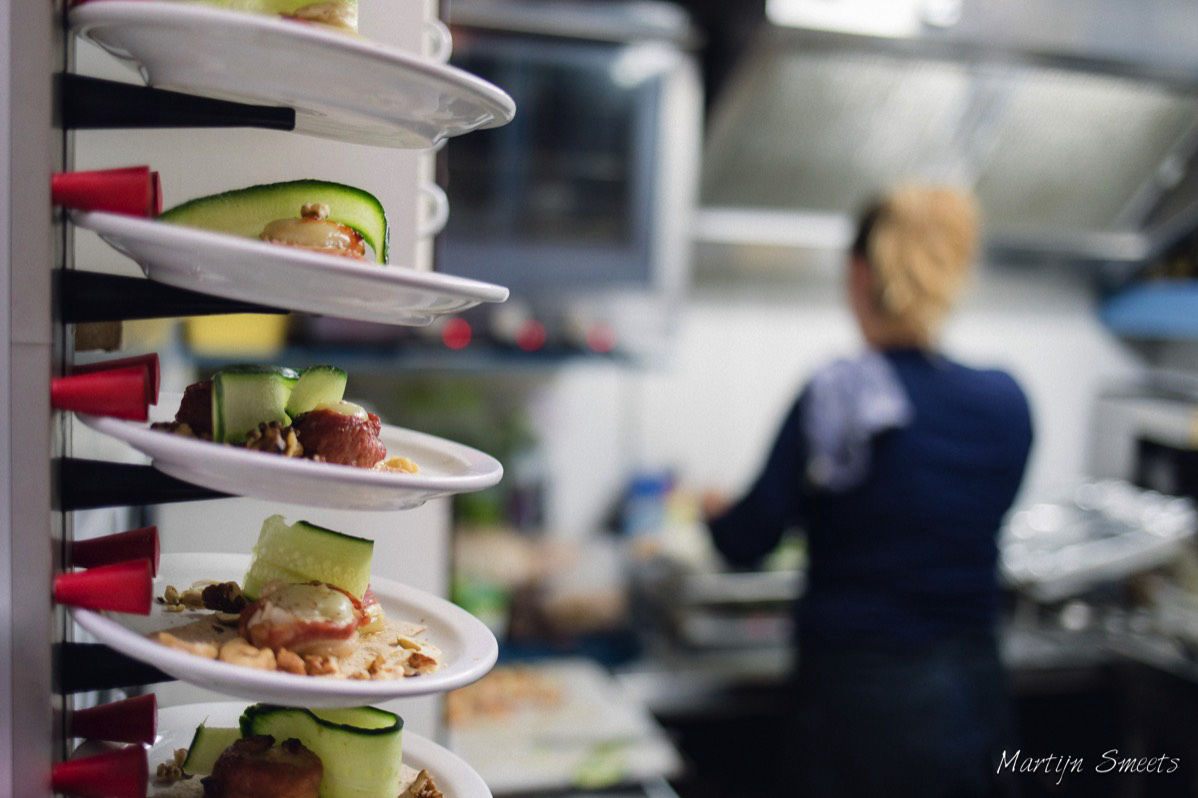 History  of the "Noorderlicht"

1910 – 1963: light vessel in the Flensburger Fjörde
The Noorderlicht started its history 110 years ago as a light vessel, stationed since the 13th of July 1910 on the sandbank Kalkgrund in the ‘Flensburger Fjörde’. She was launched a few months before and was given the same name as the shallow where it would be placed: Kalkgrund.
In these early days she was rigged as a three-masted schooner and functioned as a beacon for ships, to indicate the danger of the shallow, and as a pilot station. The front and the rear masts were equipped with lights. The ship was manned with 15 crewmembers who maintained the ship and who performed pilot services.

During her life as a lightvessel, the ship underwent several external changes: in 1925 her name was changed to ‘Flensburg’ and during the Second world war the middle mast was removed and replaced by a deckhouse. A major renovation followed in 1953/1954: the ship was extended from 30 meters to 36 meters.

Ironically, icing was the biggest problem during its existence as a lightvessel. In the coldest periods 2 crewmembers had to beat the ice every day. The bowsprit was shortened twice to prevent it from icing. In 1941 the ship was even dragged with anchor and chain by the ice towards Neukirchen.
After almost 53 years assisting ships in navigation, she retired on the 12th of June 1963 for her function as lightvessel and was replaced by the lighthouse Kalkgrund.

1963 - 1992: accommodation for guest workers, club house - wreck
From 1963 the ship was used as mobile accommodation for Greek migrant workers until it was sold in 1967 to the sailing association "Möltenorter Seglerkameradschaft" in Heikendorf. The ship was towed to Möltenort in the Kiel Fjord and served as a club house there. Due to internal disagreements, the ship was reportedly poorly maintained during this period. In May 1986 the ship was sold to the Netherlands and shipped to a port in Leeuwarden, The Netherlands.

1992 - present: sailing ship Noorderlicht
In 1992 Gert Ritzema & Ted van Broeckhuijzen found the rusty and neglected hull of the ship and restored her to the beautiful 2-masted schooner she is today. With accommodation for 20 passengers and 5 crew and a map certification she was ready to go back to sea. After the new name of the ship, Noorderlicht, the ship was introduced as an expedition cruise ship.

In 1994 the ship sailed for the first time towards the waters of Spitsbergen and was one of the first ships to offer expeditions in this archipelago for passengers. In winter, the ship sailed to the Azores and Canary Islands until 2003.

From 2004, the ship gained fame for being prolific as the world's only ice-bound hotel. "The Ship in the Ice," as she was called, was frozen in the Tempelfjord in Svalbard and reached only by snowmobile from husky sleds.

However, due to the lack of sea ice in the fjord to ensure safe passage to the ship by snowmobile or dog sled, the last winter for "the ship in the ice" was in 2015.

In 2017 the ship was sold to Floris de Waard and Mariëlle van Twillert. They continue to offer expeditions to Spitsbergen from April to October. In winter, the Northern Lights now offers 'Whale and Northern Lights' safaris in Northern Norway.

In the winter adventures of 2020 they brought the ship back to the Netherlands to eat the ship again and to experience years of travel and hours with this historic ship. 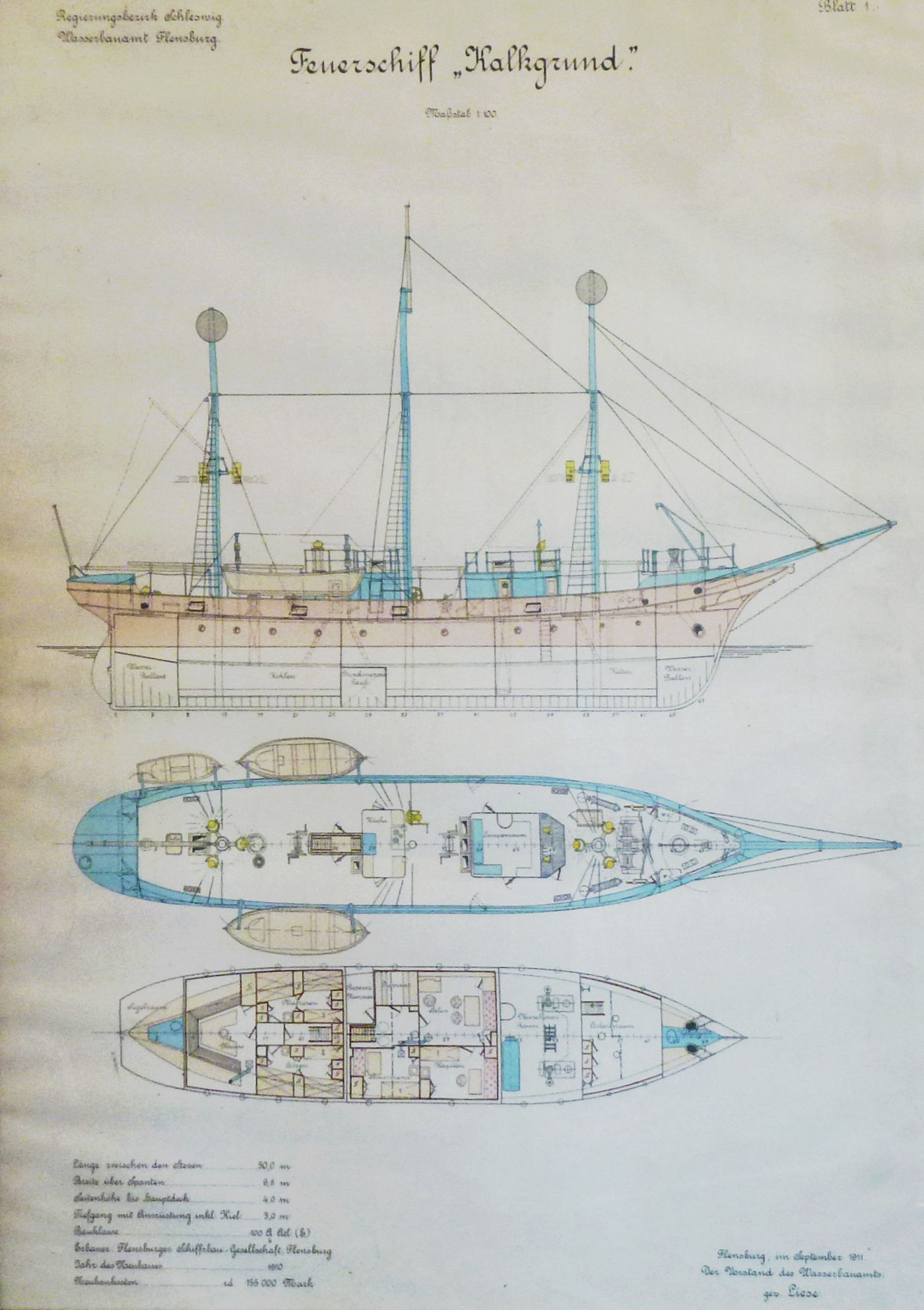 EXPLORE SAILING is part of
WWW.ATLASAIL.COM